The Healthwatch Lancashire team is focused on hearing your views and experiences of local health and care services.

The team use the information they gather to produce project reports. Each report is designed to inform and influence improvements in our area.

Take a look below to view our recent project reports. They are full of information and ideas inspired by the communities we work with.

If you have any questions about our reports, get in touch. We’d love to talk to you about them.


In February 2020 Healthwatch Lancashire (HWL) undertook a qualitative and consultative project with the aim of finding out directly from Care Home managers’ perspective the issues that the local social care economy was experiencing.

By March 2020 the local social care landscape had been severely impacted by Covid19, and this became the focus of all our discussions with Care Home managers.

The HWL team felt it was important and contemporaneous to compare and contrast the findings of the Amnesty international UK wide report with the experiences of Care Home managers at a local level.

It was an opportunity to demonstrate alignment between the experiences in Lancashire and what was being reported nationally. As such this first report covers the period from March 2020 until 4th November 2020 when the second national ‘lockdown’ was imposed.

Healthwatch Lancashire wanted to gain insight into the lives of refugees, particularly during the COVID-19 pandemic.

This piece of work is part of a wider project which aims to raise awareness of the concerns and inequalities faced by different communities in Lancashire, by looking at the experiences of black, minority and ethnic groups.

Healthwatch Together quickly created a survey in response to the Covid-19 pandemic, with the aim of finding out how the people of Cumbria and Lancashire were coping during this difficult time.

The survey was developed as a ‘temperature check’ designed to find out how people were feeling and coping during the initial first weeks of this unprecedented pandemic.

This report will tell the overarching story of the last 12 months and peoples experiences, told through the responses received from all four of the Covid-19 surveys which were live over the past 12 months.

This report is based on conversations with the Windrush Health Group in Preston, a group of Black Caribbean men, aged 29-66 years. The group was set up a few years ago in recognition of the significant unmet health and wellbeing concerns of community members.

Healthwatch Lancashire had initially met with the group as part of another engagement. From this, broader concerns were raised about the wider wellbeing of the community.

In particular, the group highlighted concerns around:

This report highlights the experience of the members of the Windrush Health Group but is set against the backdrop of the increased urgency of the Black Lives Matter Movement, as well as the recently published Department of Health and Social Care Reforming the Mental Health Act white paper, which highlighted mental health inequalities including disproportionate detention of people from ethnic minority communities

This report is based on speaking to first, second and third generation Afro-Caribbean men, aged 29-66 years, who meet up as part of the Windrush Group in Preston.

The original plan had been to conduct a focus group discussion, but with COVID restrictions this was not possible.

This research project took place as a result of the Coronavirus pandemic (Covid-19) and the subsequent lockdown that took effect in England in March 2020.

Healthwatch Together (HWT) quickly created a survey in response to the pandemic, with the aim of finding out how the people of Cumbria and Lancashire were coping during this difficult time.

This report is based on the feedback from three focus groups that West Lancashire Clinical Commissioning Group identified as priority groups.

West Lancashire Clinical Commissioning Group wanted to find out more about the things that make a difference to older people in terms of their health and wellbeing, particularly concerning the wider determinant of health.

Group members were asked for their views on:

Healthwatch Lancashire (HWL) in collaboration with Lancashire County Council (LCC) Quality, Contracts and Safeguarding Adults Service, created three surveys. The surveys were designed to provide a ‘snapshot’ of the experience of people living in, working in and who had relatives in care homes in Lancashire during the pandemic.

This report focuses on the feedback given by staff working in care homes. In total, 86 staff and managers responded to the survey from 46 different care homes.

Healthwatch Lancashire (HWL) in collaboration with Lancashire County Council (LCC) Quality, Contracts and Safeguarding Adults Service, created three surveys. The surveys were designed to provide a ‘snapshot’ of the experience of people living in, working in and who had relatives in care homes in Lancashire during the pandemic.

Healthwatch Lancashire and Healthwatch Blackburn with Darwen were asked by the East Lancashire Hospital Trust (ELHT) to conduct a survey focusing on the experiences of young people diagnosed with Type 1 Diabetes (T1D).

In total, Healthwatch spoke to 34 young people attending the T1D clinics at the Royal Blackburn Hospital (24 people) and the Burnley General Hospital (10 people.)

The questions they were asked were designed to investigate their experiences of the transition to adult services. ELHT wanted to focus on this ‘transition period’ as it can be a particularly fraught and challenging time for young people as it falls during a time when they may be experiencing other life changes. Improper diabetes management for this age group has been partially blamed for the UK mortality rate being higher than that of Europe⁹.

This project is providing feedback from the public about their views and recommendations on the NHS Long Term Plan.

This project shows the findings from each respective Healthwatch within the Lancashire and South Cumbria ICP footprint, which are:

Each Healthwatch engaged with people in two focus group settings, including a day centre in Blackpool, a self advocacy group in Barrow in Furness, a respite care service in Chorley and a women’s South Asian group in Blackburn with Darwen.

This project provided feedback from the public about their views and recommendations on the NHS Long Term Plan.

This report details the findings from Healthwatch Lancashire based on feedback from those that identified as living in the Lancashire Integrated Care Pathway (ICP) footprint.

Healthwatch Lancashire engaged with people in two focus group settings, which were a respite care service in Chorley and a friendship group tackling social isolation and loneliness.We also completed a number of more detailed case studies.

This project was commissioned by Lancashire & South Cumbria Integrated Care System (ICS) to deliver focus groups which target priority groups in the area and collate feedback from them about their experiences, ease of access, levels of support and guidance, and any barriers within the system, what matters to them as service users, their engagement and their perceived next steps. 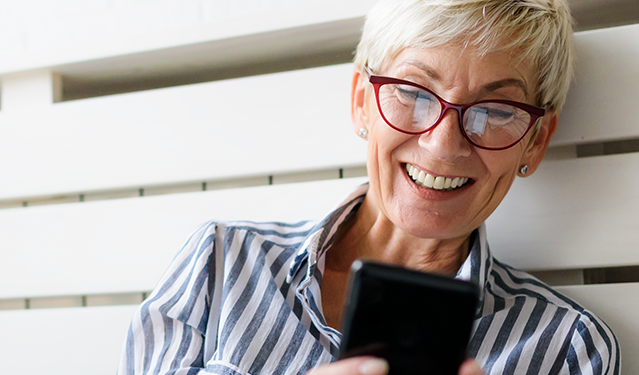